This is one of my “Southern Secrets”  It is a secret way I have of making a really yummy treat.

When I was first married,  I remember my mother in law knew a woman in town who made the best Apple Stack Cakes you have ever eaten.  An apple stack cake is just what the name says.  It is a stack of cakes with apple filling in between.  The higher the stack the better, but most recipes call for six layers of the cake.  Now keep in mind the layers are very thin, that is one of the tricks to the Apple Stack Cake.  I am going to tell you the basic four steps for preparing the Apple Stack Cake and then I am going to give you a secret recipe that is unbelievably good.  You may already know about it. It doesn’t even involve baking.  What?? You won’t believe it!!!   Please know I am not trying to downplay the Apple Stack cake and the original way to make it.  It is a true labor of love and shouldn’t be taken lightly. If I could buy one or make one every week I probably would.  But I know I don’t have time for that and you probably don’t either.

But back to my original story.  When I was first married my mother in law knew a woman and her husband who made stack cakes at Christmas.  They had several apple trees and they would harvest the apples in the fall and peel them and dry them for Christmas time to be made into the cakes. They dried bags and bags of them.  This was a big deal for them.  They did it to earn extra money for Christmas.  They were both retired and lived very modestly.  When Christmas came around everyone knew this was the place to get your stack cake.  Many many cakes were made daily.  They even delivered them to you for the outrageously low price of $12.00.  I know!!!   I think the first year I knew about them they were $10.00 and then the price of the ingredients went up or maybe the apple crop didn’t do as well and they had to increase their price.  If you ever happened to stop by their house during the stack cake preparation, you would see a flurry of activity coming from that sweet couple.  You would find it hard to believe that only two people did all of the work that went into all of the cakes.

My mother in law always got one for Christmas dinner.  You had to put your order in early because they only made so many and when the apples were gone they were gone.  After I got married I got on the list so that I could have a cake for my mom and dad’s house when we went there for Christmas.  Two of these awesome cakes at Christmas, well it was just about the best thing you can think of.

The four basic steps for making your Apple Stack Cake:  I am not including an ingredient recipe you can google it or you may even have one from your grandmother or aunt Gene.
Here is one that I found that looks pretty good http://www.allrecipes.com/recipe/8012/apple-stack-cake

1. You make the apple filling.  You are making the applesauce from dried apples by simmering them with water and spices and a bit of brown sugar.  Once the dried apples become soft and pliable you will put them into a food processor to be pureed.

2. Make your cake batter.  You can use a basic cake batter but you must chill it so that you can spread the cake batter very thinly for baking.  Some people put the batter directly on parchment paper and bake the layers (you must have at least six layers, I don’t know why but you do)  but my mama always used a cake pan and just spread the batter really thin along the bottom of the cake pan.

3. When the layers of cake are cooled you put one of the layers on a plate.  Spread the filling on top then add another layer continue with this until you get to the last layer.  Some people spread the filling on the top and sides.  I think this makes it really messy.  It also makes it hard to wrap it later.  Once you wrap the cake the delicious apple filling will seep into all of the cake and make it really soft and yummy.

4. Top the cake with waxed paper and wrap in plastic wrap.  Let stand at least 12-24 hours before cutting.

Now I will tell you my little cheater way of doing this.  A friend told me about this years ago and whenever I get a craving for an Apple Stack Cake I just fix one of these:

You will need a jar of reaaaallllly good apple butter.  This is the apple butter I bought at the Mennonite market a few weeks ago.  It is so good. You will also need a pack of graham crackers.  I use the regular kind. I guess you could use the cinnamon ones.

Spread the apple butter between each of the graham crackers and start layering the crackers.

This is what it will look like when you finish.  I may have gone a little crazy on the apple butter but it is just so good!!!!

You then wrap plastic wrap around it and put it in the refrigerator for at least 12 hours. Actually waiting 24 hours makes it even better but it’s so hard to wait!!!  The crackers absorb the apple butter. They will no longer taste like plain graham crackers.

This is what it will look like when you cut it.  You will get about 3 servings out of this because it is really dense.  It is soft just like a cake and it tastes yummy.

Like I said I am in no way telling you not to make a “real” Apple Stack Cake. But if you don’t have time and you want a treat that brings back a lot of memories, try this.  Let me know how it goes.

Love your day your way!!!

Happy Wednesday friends.  It is cool here.  Only about 50 degrees F right now and it is 7:00 PM.  It is supposed to be 36 Degrees F in the morning at sunrise.  Do you know what this means?  It can only be Blackberry winter here in the south.  You have probably heard me mention Redbud Winter and Dogwood Winter but those are not the only winters we have in the spring in the south. There are actually five little winters in Tennessee and they all take place in the spring.  Let me explain.

After the weather starts to turn warm in early March, and some of our days can get really warm, we always have a few cold snaps.  They almost always fall at the same time give or take a day or two.  Farmers have used their belief in the “winters” to know when to plant crops.  These little bits of cold weather are sometimes a shock to your system. Just when you think you have packed away all of those sweatshirts and sweaters  and things, you wake up and it is 36 Degrees!!!!  Frosts and freezes can occur which can damage or kill tender vegetation that’s already started blooming. So here are the five winters in the order in which they arrive.

Redbud Winter:  This usually happens around late March or Early April when the Redbuds bloom. This one isn’t such a shock to the system because winter is still in the rearview mirror and we know it is awhile before true warm weather arrives.

Redbud blooms.  They are only red when they first bud out then they turn purple.

Locust Winter:  This happens in Early May when the Locust trees are blooming.  I have to say this is one winter I haven’t ever really noticed that much.  I remember thinking in Early May about a week ago that it got really cool for a couple of days and I was thinking is it Blackberry Winter?  But I knew the blackberries hadn’t started to bloom.  So I guess it was Locust Winter.  I will pay more attention next year.

Blooms from a Locust tree

Blackberry Winter:  This is what we are experiencing right now!!!  It usually happens early to mid May. I know that almost every Mother’s Day Sunday it is cool and everyone attributes it to Blackberry Winter.  Sure enough the blackberries are flowering in full force.  But flowering is the key word. We won’t actually have blackberries until mid summer.  They are only starting to bloom now.

Flowering Blackberries, they will not produce fruit until mid summer. 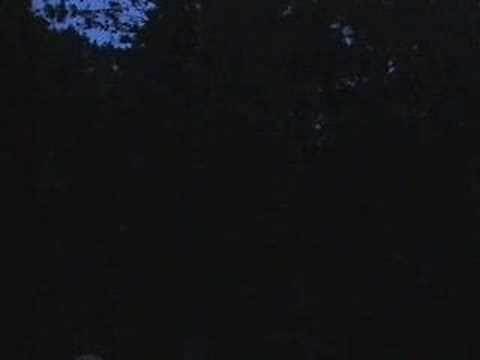 Click this picture to listen to the song of the Whippoorwill!!!

So there you have it.  The five “winters” in Tennessee.  I hope you have enjoyed learning a little about them.

I added a category to my blog posts called Southern Secrets.  I hope you enjoy those posts.

Love your day your way!!!

Look at this strange kitty plant I found in the flower box this morning. Happy Friday friends. #lisainthesouth
I found stockings with initials for all the fur babies. There was no I for Izzy so I had to buy a plain one and embroider the I. Molly,Scruffy, Kitty Kitty, Buster, Allie (mama cat), Izzy, Sadie and Milo.
Cornbread muffins just out of the oven. I’ll use these for my dressing tomorrow. Yes I call it dressing I am from the south after all. I can neither confirm nor deny that one of these must be sampled for testing purposes. #lisainthesouth
Good morning and happy Saturday. A beautiful sunrise this morning. #lisainthesouth
Banana bread fresh out of the oven and coffee a great way to start this Thursday morning!!!
Country roads take me home. #lisainthesouth
Loading Comments...